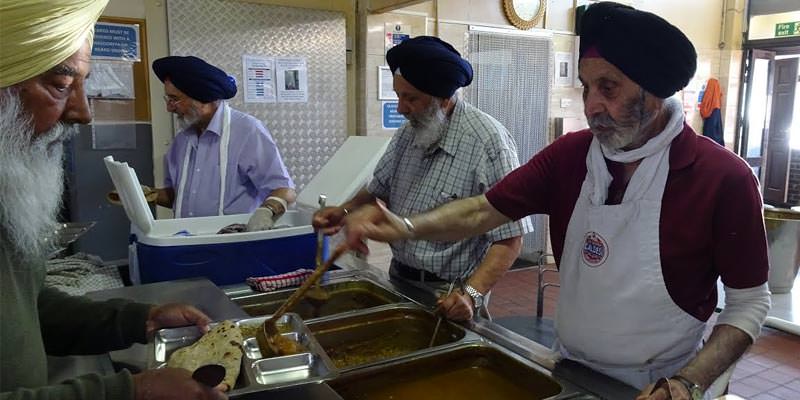 The British Sikh Consultative Forum (BSCF) along with Rt Hon Pat McFadden decided to go ahead with holding the annual Vaisakhi at Westminster online after it was cancelled last year due to Covid. The 14th event hosted by Pat McFadden, as he has done for several years, was held online on Wednesday 14 April 2021. It was attended by 25 MPs and over 130 Sikhs from around the country.

Prime Minister Boris Johnson sent video greetings and praised the Sikh community for providing langar food packets to the vulnerable during the year of the Covid crises.

Opposition leader Sir Keir Starmer leader of Labour, also sent a video recording and talked of the selfless service of Khalsa in serving humanity as was evident during the Covid crises.

This annual event, normally held at Parliament, celebrates the day the initiation service of Khalsa order in Sikhs was started in 1699 by the 10th of Sikh Gurus, Guru Gobind Singh Ji. The event had to be cancelled in 2020 due to Covid lockdown. This year the BSCF, a national body of Sikhs, decided to go ahead online after finding that Parliament was unlikely to open to the public soon.

Bhai Mohinder Singh, Chairperson of BSCF said: “ First and foremost, let me start by expressing deep sorrow at the passing of HRH Prince Philip, dear husband of Her Majesty. He earned much respect from all due to his public service and duty to family, country and the Commonwealth.” He went onto emphasise the oneness of humanity as a fundamental principle of Sikh teachings.

Dr Jasdev Singh Rai, General Secretary of BSCF, said BSCF had started quite a few online zoom sessions including a consultation on the role of Sikh Gurdwaras in the 21st century with intentions to provide services for the elderly and neurodiverse children among others.

Other Sikh organisations who spoke were Sikh Council UK and Supreme Sikh Council, both of whom also raised issues of the farmers protest in India.

Harpreet Kaur from Gurdwara Sri Guru Singh Sabha, Southall spoke passionately about the opportunity she got during Covid in serving people through Langar (food parcels) delivered to thousands of people irrespective of background, race or religion. She said: “It’s been a year since the volunteers have been making, packing and delivering hot meals to the elderly and the vulnerable. This rolling project has created a strong collaboration between the youth and elderly, which has been beautiful to witness and be a part of. It has been a truly humbling and rewarding experience for all the volunteers.”

All expressed a desire to have Vaisakhi at Westminster back in the speaker’s rooms next year. The event showed that come what may, Vaisakhi is now an annual event at Parliament.