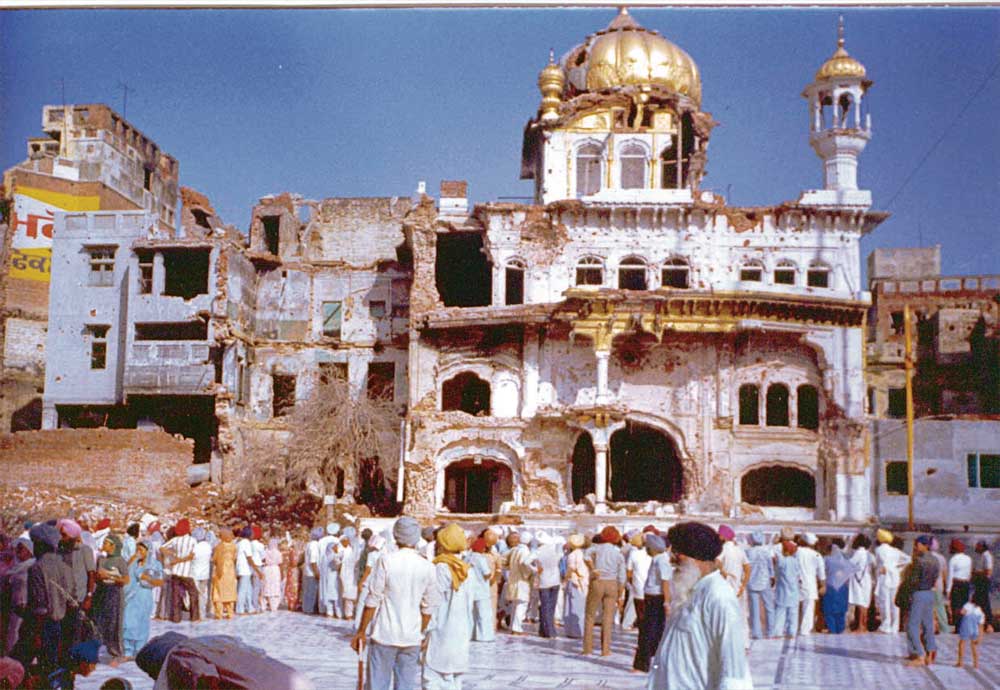 See below the letters that have been released under the UK governments 30 year rule.

Doc A – Chronology of UK/Indian contact over Operation Blue Star

Doc B – MOD Submission of 3 February 1984 seeking Ministerial approval for a military adviser to travel to India and provide advice to the Indian authorities on early contingency planning to remove occupiers from the temple complex at Amritsar.

Doc C – Letter of 3 February 1984 from Private Secretary/Foreign Secretary to the Principal Private Secretary/No. 10 outlining plan for a military adviser to travel to India and provide advice to the Indian authorities. The note from Robin Butler to Brian Fall of 6 February 1984, which was released on 3 January 2014, is the response to this letter.

Doc E – Internal FCO minute of 7 March 1985, which attaches an earlier internal (undated) note recording views of the Indian Intelligence Co-ordinator on the role of the UK military adviser and Operation Blue Star.

Doc F – Mrs Gandhi’s letter of 14 June 1984 to Mrs Thatcher, which sets out her reasons for ordering operation Blue Star.