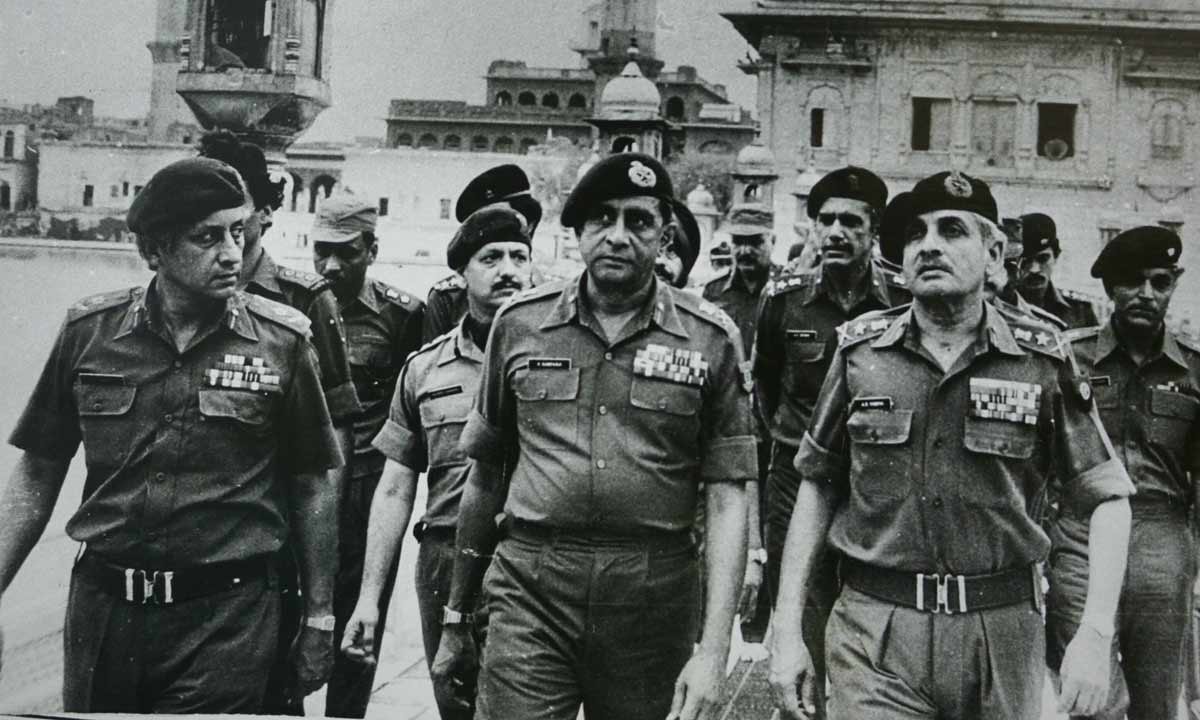 FOLLOWING REVELATIONS OF SAS INVOLVEMENT IN ATTACK ON GOLDEN TEMPLE, CALL FOR WIDER ENQUIRY AND FOREIGN POLICY TO BE CONSIDERATE OF ETHNIC MINORITY SENSITIVITIES

The Government’s top secret correspondence of the Foreign and Commonwealth Office released under its ‘30 year rule’ reveals the British Government’s approval of Special Air Services (SAS) involvement in the attack on the Harmandir Sahib (Golden Temple) in 1984. It finally confirms the report of Sunday Times in June 1984 of the SAS training Indian soldiers in this unwarranted and most distressing invasion of the apex institution of the twenty-six (26) million Sikhs worldwide.

The letter is dated February 1984. The attack occurred in June 1984, five months later. There was thus clearly at least five months planning in the action that followed. The letter therefore contradicts the official line of the Indian State tacitly agreed by the UK Government that the attack was a spontaneous last minute decision to mounting crises in Punjab, India.

The letter suggests collusion between the British and Indian Governments in the attack.

It further endorses the widely held belief among many Sikhs, arrived at information from reliable sources, that the attack was well planned and that there was little attempt on the part of the Indian Government to negotiate with its Sikh citizens who were challenging its conduct and policies.

BSCF feels that the British Government owes British Sikhs, as its citizens, an urgent explanation.

There is also now a substantive rationale and demand for an independent international enquiry into the attack in 1984. The enquiry should probe the strategic planning that went into it, the reasons behind the attack, the conduct of the Indian Armed Forces, the exact number of casualties, together with the impact on the Sikh population worldwide.

BSCF urges the British Government to take a lead in initiating a full international enquiry in this most distressing and painful incident of the twentieth century for Sikhs globally.

Following these revelations, BSCF calls upon the British Government to institute a policy of taking on board sensitivities of ethnic communities in its Foreign Policy.