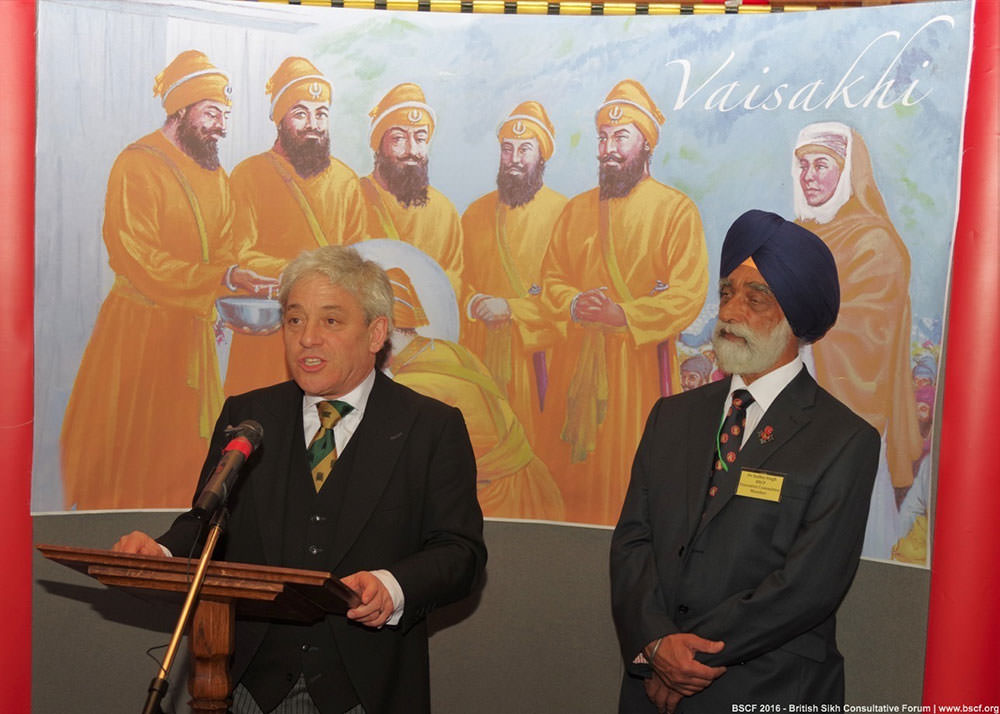 The British Sikh Consultative Forum held it’s 10th annual celebration of Vaisakhi at the House of Commons on the 19th April 2016. The event was sponsored by Pat McFadden MP and hosted in the Speakers State rooms with the kind permission of Rt Hon John Bercow MP.

Dr Sadhu Singh highlighted the roles Sikhs play in the community and added “In this parliament we do not have any Sikh MP’s. However we have the fullest faith in our Members of Parliament to champion our issues”

Dabinderjit Singh of the Sikh Federation UK spoke about the meaning of Vaisakhi, highlighting the creation of the Khalsa and Guru Gobind Singh Ji’s message. The global presence of Sikhs was also mentioned with our presence in countries ranging from UK, US and Canada to Australia, New Zealand and Malaysia. “Today the significance of the Khalsa has been recognized by Prime Ministers or Presidents in each of these countries and many more”

Gurmel Singh the Secretary General Sikh Council UK spoke about the importance of sewa (voluntary work), working in the community and being good citizens. He also thanked parliamentarians and officers for the support they have provided to date, especially on the campaign toward the safe return of Parmjit Singh Pamma, who was detained by the Portuguese authorities on an invalid Interpol notice.

Dr Jasdev Singh Rai the General Secretary BSCF and organizers of this event, reiterated the nature of the BSCF being all about consultation. The issue of dispute resolution and other regulatory practices in Sikh institutions, particularly Gurdwaras was raised. It was suggested that the Department of Communities and Local Government look into this matter and a number of suggestions have been put forward by the BSCF as to how this could be addressed. Dr Rai added, “In this plural nation, it is importance that the reverence enjoyed by the Church of England for it’s religious practices is also extended to other religions”

Bhai Sahib, Bhai Mohinder Singh Ahluwalia the Chairman of Nishkam Group and Chairperson of BSCF provided a message of the importance of Vaisakhi in the Sikh religion. He also honored the 90,000 Sikhs who died fighting for freedom in World War I & II. In conclusion he stated “At this time, when religion is so often hijacked, misquoted and misrepresented, let us all recognize that each and evey one of us domiciled on our mother planet is part of one single family, which is what Guru Gobind Singh Ji himself proclaimed – Manas ki jath subai ek hi pechanbo”.

All images above were taken by Jagdev Singh Grewal who owns all rights and ownership. He has kindly provided permission for the BSCF to used these images for the website.

Please contact jagdev_grewal@hotmail.com if you wish to use any of these images for your respective publications.